An article dated October 30, 1970 states that Bald Mountain had spent $140,000 to have the Linde snowmaking system installed in an effort to combat the unseasonable weather that plagued the area. The Linde system was reported to work especially well in warm temperatures and high humidity which prevailed at Bald Mountain. All trails would be covered with the system.

An advertisement found in a 1970's Bangor Daily Newspaper lists that the area had a lot to offer including 12 trails, 3-lifts, 2 lodges, snowmaking, night skiing, and a ski school. Special rates were offered for all students and groups. The trails ranged from scenic novice runs to expert narrow twisting challenging runs. An old phone number for the base lodge is 207-843-6256.

An article dated October 3, 1974 states that the Camden Snowbowl obtained $100,000 worth of equipment from the dissolved area. The Snowbowl received the 2,200 foot chairlift, 950 foot T-bar, snowmaking machinery, and lights. All equipment received was donated by Arthur K. Watson shortly before he died. 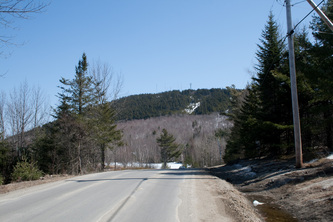 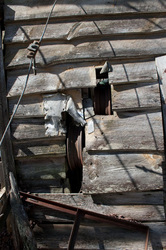 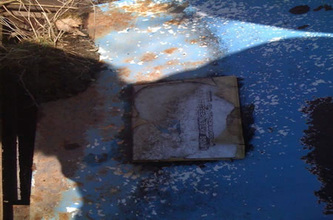 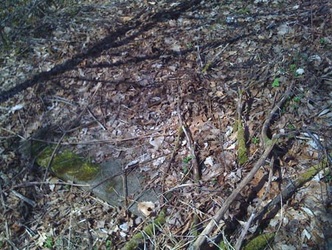 From: Grace Dunklee
Posted: 1/30/2012
Chairlift? Not the way I remember Bald Mountain. Back in the early 1960's, I came with my family and a day at Bald Mountain was truly an old-fashioned, family outing. Everyone brought lunches. We ALL had to pack the hill before we could ski and everyone seemed like one extended 'ski' family there. The rope tow was SO heavy it was hard for me (8-10 years old) to hold on. In the little warming hut, nice old ladies ran the snack bar and always brought the MOST DELICIOUS home made DOUGHNUTS (I've never had any better than those!) and sold Bit-O-Honey for 5-cents. My first snowmobile ride was when my Dad (Si Dunklee) borrowed a machine to pack the hill and we drove the SkiDoo in on the long, snowy path (always seemed like miles when I was little and carrying in my skis) to the mountain from the parking lot. Snow was so deep, we tipped over. I have many fond memories of Bald Mountain.
From: Gary Capehart
Posted: 1/30/2013
Yes I am a flat lander or outa statar. Hmmmm leaving Ct. behind in 76 I had a chance up here I thought. When I got a job I thought I might be where I could sometimes ski to work ala x-c. But I also alpine skied. Good enough, but always good enough to feel the glide as snow and gravity did its thing and I thought, Glory halleluah. That winter I sought directions to Bald Mountain, Snow Mountain and Hermon Mtn. Found the last one. As a teacher we use to take students skiing(both ways). Today the number of students I have with skiis can be counted on one hand. The kids of this area did then and today more so need a cheap easy hill to ski on. No it wouldn't hurt Hermon. They'd soon go there and beyond. They'd save money for other ski days rather than trips to the mall and x station z boxes. I cringe when I think, what happened to young skiers.
HTML Comment Box is loading comments...
Did I miss something? Feel free to leave a comment. Please put your name in the top box and comments in the bottom box. I reserve the right to edit or delete any posts in this comment section. DO NOT put any personal information in the comment section as others will be able to see it. Spam or other abusive language will not be tolerated. Thank you for your comment!
Powered by